The Salvation Army is an international Christian church. Its message is based on the Bible; its ministry is motivated by love for God and the needs of humanity.

THE SALVATION ARMY EXISTS TO SHARE THE LOVE OF JESUS CHRIST, MEET HUMAN NEEDS AND BE A TRANSFORMING INFLUENCE IN THE COMMUNITIES OF OUR WORLD.

Hope: We give hope through the power of the gospel of Jesus Christ.

Service: We reach out to support others without discrimination.

Dignity: We respect and value each other, recognizing everyone’s worth.

Stewardship: We responsibly manage the resources entrusted to us. 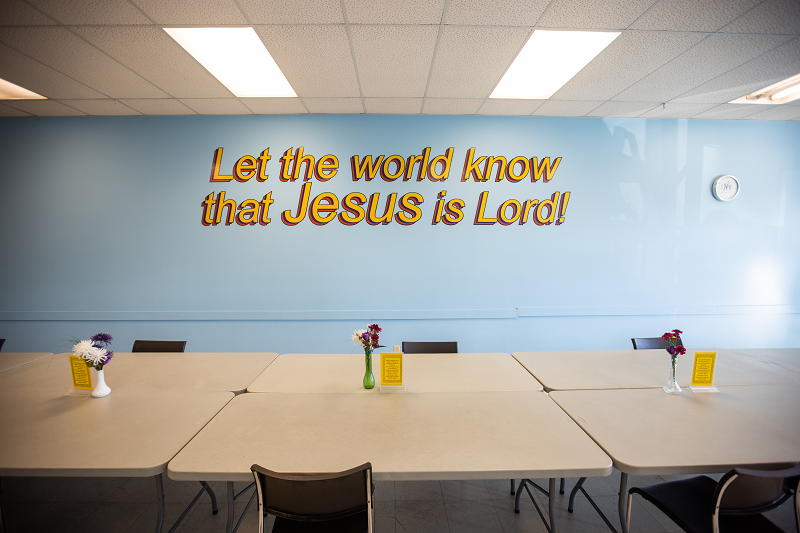 The Salvation Army began in London, England in 1865, under William Booth. Booth was a Methodist minister who simply saw the human need all around him and Christ’s command to ‘feed my sheep’ as one and the same calling. Starting as “The Christian Mission” in the East End of London, England, it was re-named The Salvation Army in 1878, to reflect the increasingly military structure the movement had adopted. Booth took on the title of “General”. The Salvation Army came to Canada just four years later, with outdoor worship services being held in Toronto in 1882. The Vancouver Divisional Headquarters opening in 1899. From the beginning, the Salvation Army in Canada adopted founder William Booth’s philosophy that there is little point preaching ‘salvation’ to hungry people. And so the concept of ‘soup and salvation’ took hold. This concept was later developed into the comprehensive social service programs The Salvation Army operates today, many of them in partnership with government. The Salvation Army is now the largest non-governmental direct provider of social services in Canada. There are over 320 corps (churches) and over 120 social service institutions of various kinds. It strives to give hope and support to vulnerable people today and everyday in 400 communities across Canada and 115 countries around the world. The Salvation Army’s work in Chilliwack began 1924, with two female officers, Ensign Mary Dorin and Captain Pearl Coombs. They built the original Church on Yale Road (now Salish Plaza) the next year. The work of the Salvation Army in Chilliwack has continued to grow as our city has grown. Current facilities were dedicated to the Lord’s work in 1983.

WHAT IS THE GOSPEL?

What is the Gospel?

The word ‘gospel’ is a Greek word that literally means “good news”.  It is the story of the life, death, and resurrection of Jesus Christ, as well as the reason that He came to the earth.  To be clear, there is no Gospel without Jesus.  He is the Son of the One True God, and everything revolves around Him.

The whole story starts with God’s love.  Every human being was created by this Holy and Perfect God simply because He is loving by nature.  Every individual is loved by Him regardless of where they come from, what they look like, how much money they have, what they have done, and so on.  God loves the people He created. Period.

However, it didn’t take long for the people He created to choose to live in opposition of His holiness, His perfection, and His love.  Even though the world He created for us was beautiful and good, we chose to rebel against His order and violate the very reason we were created, which was to enjoy a relationship with God.   That choice to rebel against God is called SIN, and it put a wedge between God (who is holy and perfect) and the people He loves so much.  Essentially, human beings have chosen to be their own gods rather than enjoy a loving relationship with the One True God.

So now SIN had caused a separation from God, and a relationship that was severed, and it immediately became the plague that brought brokenness and ruin to every part of our existence.  The world was made darker because the hearts of human beings had been made darker.  The light of God within us had been turned off because we have turned ourselves away from the Source of that Light.

But because God is loving by nature, He would not allow this rebellious choice (this SIN) to destroy us forever.  He executed a plan to redeem us and restore us to a loving relationship with Himself.  The plan was entirely wrapped up in the death of His only Son Jesus Christ.  Jesus is the Word of God, who has always been with God and is one with God, but the plan required for Jesus to become a regular man and live on earth with normal everyday people.  That’s exactly what He did.  God prepared a body so that the Son of God, who is the eternal Word of God, could become a person like the rest of us, but without SIN.

The big problem with SIN is that it corrupts everything.  It cannot be made good.  It also cannot be ignored by God.  It can only be forgiven and only God can forgive it.  Sometimes human beings try to work hard enough in order to be good enough so that God will not see where we have been bad, but God continuously sees that which contrasts His own holiness and perfection.  We simply cannot be good enough to rid ourselves of SIN.  We need to be pardoned.

God’s forgiveness of SIN is impossible to earn or buy.  It can only be received from Him, but it does come at a great cost, one that we cannot afford.  Only God can pay the price of our forgiveness, our pardon.  This is why Jesus, the Son of God, had to die. The cost for humanity’s forgiveness and pardon required a supreme sacrifice of the highest worth, and no living thing on this earth held such value, except the perfect and holy Son of God.  Jesus went to a Roman cross, suffered terribly, and died a cruel death simply because the love of God wanted so much to cover the cost of our pardon.  And that’s exactly what happened.  When the perfect and holy blood of Jesus Christ was shed and He physically died, the cost of humanity’s pardon was met and the way to a relationship with God was restored.

As great as that sounds, it wasn’t God’s plan to simply require Jesus to die, but to conquer the power of SIN forever by raising Him from the dead.  Three days after His death, Jesus Christ rose from the grave and now lives forever, putting a guarantee on God’s promise to redeem human beings back to a loving relationship with Himself.  Basically, our restored relationship with God will last as long as the risen Son of God – forever!

It’s already been said that God’s forgiveness and pardon cannot be earned or bought.  It is a completely free gift.  However, it MUST be received.  Because God is loving He will not force Himself upon anyone, nor will He force His gift upon anyone.  He lovingly offers us the wonderful free gift, continuously urging us to accept it for our ourselves. It is certainly His desire to forgive our SIN, and restore us back to a relationship with Himself, but He leaves that choice in our hands.  Jesus Christ lives forever, and wants nothing more than to dwell in the hearts and lives of people who are willing to humble themselves before God and ask for their SIN to be forgiven.  But it’s completely up to you.

This is the Gospel.  The story of Jesus; His life, death, resurrection, and reason for coming.

If it has spoken to your heart, and you believe it to be true, speak to the God that created you and loves you deeply.  Tell Him humbly that you want to receive His forgiveness because you have SINNED against Him.  Ask His Son, Jesus Christ, to enter your heart and life to be your Savior and King, from now until forever.  Ask Him to help you live every day in a restored, loving relationship with God. 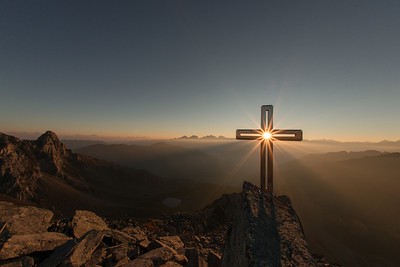